“ . . . this was the best I’ve ever heard it. Khalil carried the melodies to an entirely new place that tied together the amalgam, and the troupe became a band — the kind that you might imagine would roam the streets of Cairo with the best of them” Michael Vincent, Musical Toronto, 31 July 2016

Ayre is a stunningly beautiful song cycle of Arabic, Ladino, Sardinian and Spanish texts by Argentinian composer Osvaldo Golijov. Directed by Against the Grain Theater’s Artistic Director Joel Ivany, this immersive musical experience features the lyrical voice of Lebanese-Canadian soprano Miriam Khalil, backed by eleven world-class instrumentalists. Against the Grain Theater’s presentation of Ayre premiered to acclaim this past summer at The Banff Centre for Arts and Creativity and the Ottawa International Chamber Music Festival, where it caused a sensation. And now it’s being presented at Toronto’s breathtaking Ismaili Centre, for three nights only. Ayre is presented in partnership with the Aga Khan Council for Canada, and the Glenn Gould School of the Royal Conservatory of Music, who will open the first half of the program with Golijov’s Lúa Descolorida; Yiddishbbuk and Tenebrae.

Seating is very limited so we recommend you get your tickets ASAP.

Against the Grain Theatre’s Ayre is the musical event of season and is not to be missed.

For tickets and information visit: www.againstthegraintheatre.com 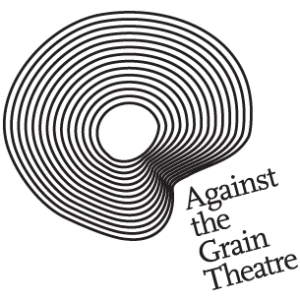